The Dismemberment Case: A Chronology 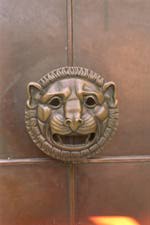 Two doctors in their thirties were prosecuted in 1988 for a four-year-old murder case involving the dismemberment of a 28-year-old prostitute. The interest shown in the case by the mass media was intense. The Dissector and the GP, as the doctors were called by the media, were described as guilty of the crime even before the case was tried in court.

The first trial in the court in Stockholm District Court collapsed under pressure from the media, and there had to be a retrial. The doctors were absolved from the charge of murder, as there was no convincing evidence against them, but as a concession to indignant public opinion the court declared in their judicial summing-up that the doctors were convicted of having dismembered the woman’s body. As there is no appeal against a summing-up, the doctors never had an opportunity to have the charge tried in the Court of Appeal or Supreme Court of Judicature.

The court’s statement about the dismemberment, however, gave The National Board of Health and Welfare the opportunity, despite the apparent Not Guilty verdict, to demand that the doctors’ licences to practise should be withdrawn. The relevant commission decided in 1989 to take away their licences. The two lawyers on the commission nevertheless voted against the decision and only a few months later the Administrative Court of Appeal gave the doctors back their licences. The decision to free the men aroused strong reactions in the press, radio and TV. Swedish Radio and the two leading newspapers ”Svenska Dagbladet” and ”Sydsvenskan” now, for the first time, named the doctors, who had already been described for ages in the media as probably being sadistic sex-killers.

From an early stage the legal proceedings against the doctors had taken on strong ideological overtones. According to the opinion-makers the dismemberment case was about gender and class rather than about evidence and the rule of law. The Administrative Court of Appeal’s decision to return the doctors’ licenses to practise caused a public storm of protest. The Supreme Administrative Court rebuked the Administrative Court of Appeal. A new trial commenced in the spring of 1991. This time the court yielded to public opinion and declared the doctors convicted of having dismembered the woman’s body. As a consequence the doctors’ licences were withdrawn. Only seven years after the discovery of the dead woman’s dismembered body had the judicial investigation of the doctors’ guilt been concluded.

1999, seven years later, saw the publication of the book ”Döden är en man” (Death is a Man), which presented new evidence from the police investigation and cast doubt on the alleged evidence against the doctors. The case became front-page news once more. The ideological campaign against the doctors started up again. The debate was coloured by the significance of the dismemberment case as a pilot study for Swedish feminism’s criticism of society and the Left’s doctrine of class struggle. There was seldom any mention of the facts in the case or the importance of the rule of law. That the two doctors could actually be innocent was not something that the majority of those involved in the debate even wanted to discuss.

Petitions for a new trial were submitted later by the doctors’ lawyer to the Court of Appeal, the Supreme Court of Judicature and the Supreme Administrative Court. Up until this point all petitions had been turned down on formal grounds. It had been pointed out that the doctors had after all been absolved in the beginning from the charge of murder and that statements in a judicial summing-up cannot be appealed against.

The Swedish justice system has singled out two people as guilty of a horrific crime, without granting them the opportunity to have the alleged evidence tried in a higher court. A petition for a new trial has been forwarded to the European Court of Justice, which however has refused to re-examine the case of the two doctors.

The dismemberment case has been scrutinized by Estonian television (October 2003) in a programme describing the case of the two doctors as a miscarriage of justice and focusing upon medias responsibility for the outcome of the trials.

In July 2004 the Swedish Supreme Administrative Court rejected a very convincing petition for a new trial regarding the two doctors. The petition was drawn up by the well known Swedish lawyer, emeritus professor Anders Agell at Uppsala University, who has on his own initiative engaged himself in this case. The rejection by the Swedish Supreme Administrative Court shows that the Court of Laws prestige and unwillingness to accept the serious mistakes that the judicial system has committed has been allowed to take precedence over the legal right’s of the individual.

In 2007 the two doctors as a last resource brought a legal action for damages against the Swedish Government. The trial will commence in the fall of 2008 and give them a possibility to free themselves in a court of law from the accusations previously charged against them.

The fight for the two doctors’ and their families’ cause will continue. While Thomas Allgén and Teet Härm are denied rehabilitation, Sweden will be unable to call itself a state governed by law.