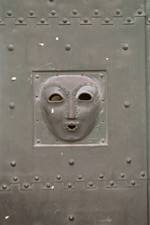 The legal proceedings brought in the Dismemberment Murder Case, which were levelled against the two doctors, referred to by the mass media as the Dissector and the General Practitioner, is the most debated legal scandal in modern Swedish history.

It is now clear that there was never any real evidence of their guilt. The prosecutor’s description of the alleged criminal acts, which formed the basis of the prosecution, is not credible. It was not practically possible to implement the alleged crime in the limited time that the physicians had available to them, according to the prosecutor.

One important reason for them not yet having been vindicated is that the editorial leadership and individual journalists collaborated to facilitate a miscarriage of justice. Instead of critically reviewing the legal system, the media usually chose to advance the versions of the police and prosecutor, and thereby cast suspicion on these two men.

It was journalists who created the media myths of the Dissector and the General Practitioner and it is journalists, with their power to mould public opinion, who still today defend the terror images of these two men portrayed by newspaper billboard clichés instead of acknowledging their responsibilities as auditors of official power.

This website is intended for those who want to know more about the facts surrounding the history of these two physicians and what lies behind the official version of the Dismemberment Murder Case.